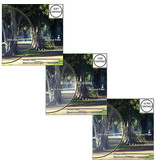 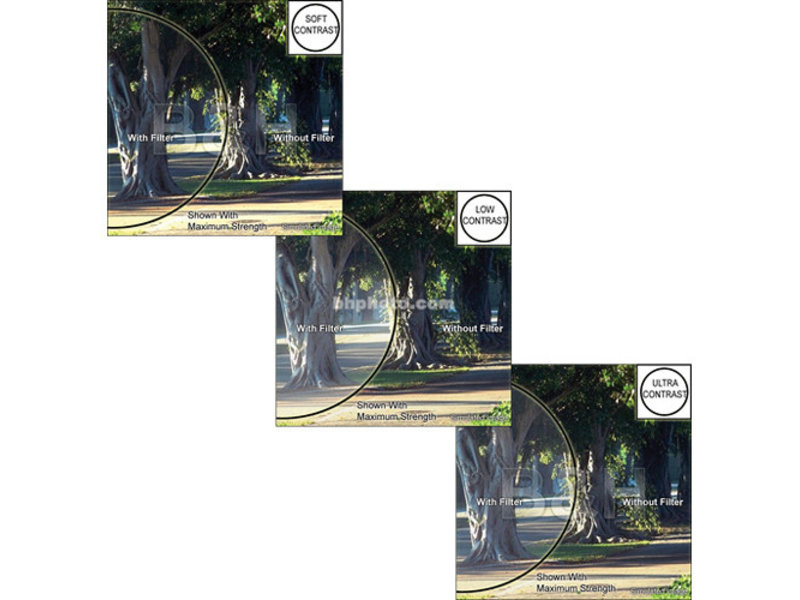 The Tiffen Image Maker Contrast Control Filter Kit is used to control the lighting ratios when shooting either tradition film or video.

Soft Contrast
This filter reduces contrast in the opposite manner from the Low Contrast filter series. This filter absorbs light diminishing the highlighted areas while retaining the darker look of the shadow areas. In other words, the hot spots or bright areas of the image are reduced while the shadow areas remain dark.

Ultra Contrast Filter
The Ultra Contrast works by using the ambient light surrounding the image area as well as the light in the actual image area itself. It lowers contrast uniformly, with little or no loss of sharpness throughout the scene, even when there are varying degrees of brightness within the image.

Shadow areas are opened up, revealing more detail, but without any flare or halation from direct light sources or bright reflections. Works similar to a Tiffen Low Contrast filter but reduces contrast throughout the entire image whereas a Low Contrast filter will only open the shadows.

Low Contrast
Tiffen Low Contrast filters work by spreading light from the highlights to the shadowed and darker areas, leaving the bright areas of the image bright. The dark areas become lighter, enabling you to see more detail in the shadow areas. As there is no F-stop compensation, you will not overexpose any portion of the image.

This filter also creates a very slight flare or halation around hot spots and individual light sources. This feature is a useful effect. The more light there is for the filter to work with, the greater the effect. This filter is very popular with people who shoot video but who want to achieve more of a film look to their images.