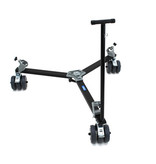 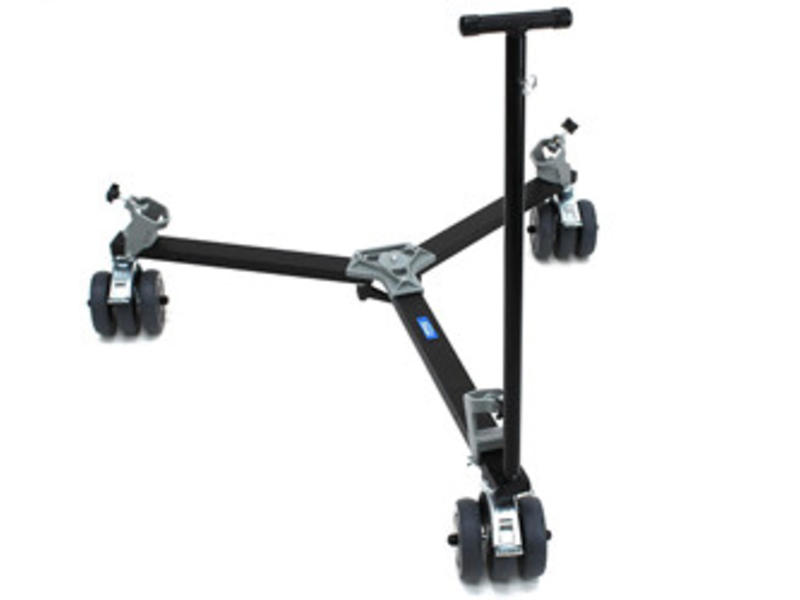 The Jib Dolly is designed to support any size MICRODOLLY Jib. Manufactured from structural grade aluminum and hard anodized for weather protection, it has nine large heavy-duty ball bearing wheels that provide an extra large foot print for added stability. A telescoping steering and pull handle make it easy to move even when fully loaded. For safety, all wheel casters have quick-release brakes. The Jib Dolly folds for easy transport and comes with a heavily padded softcase.