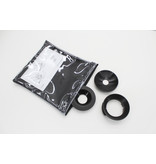 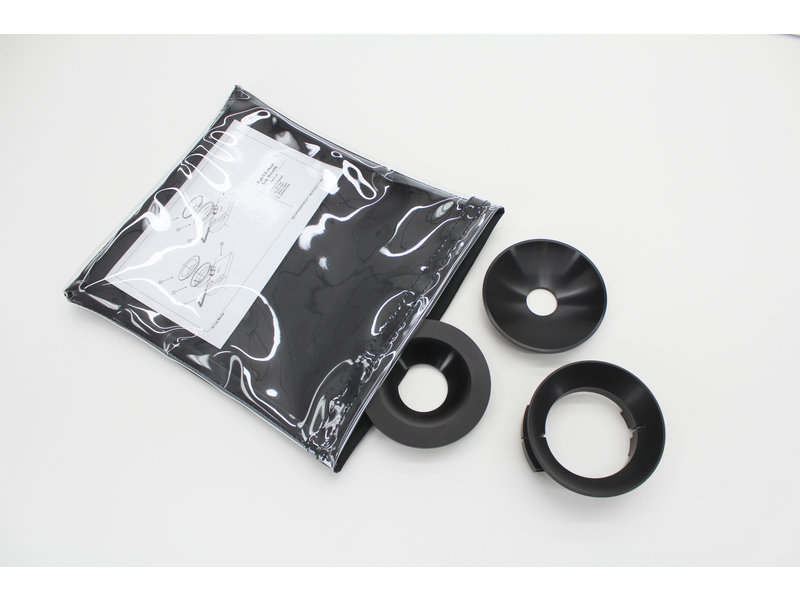 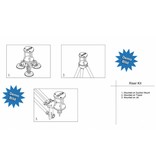 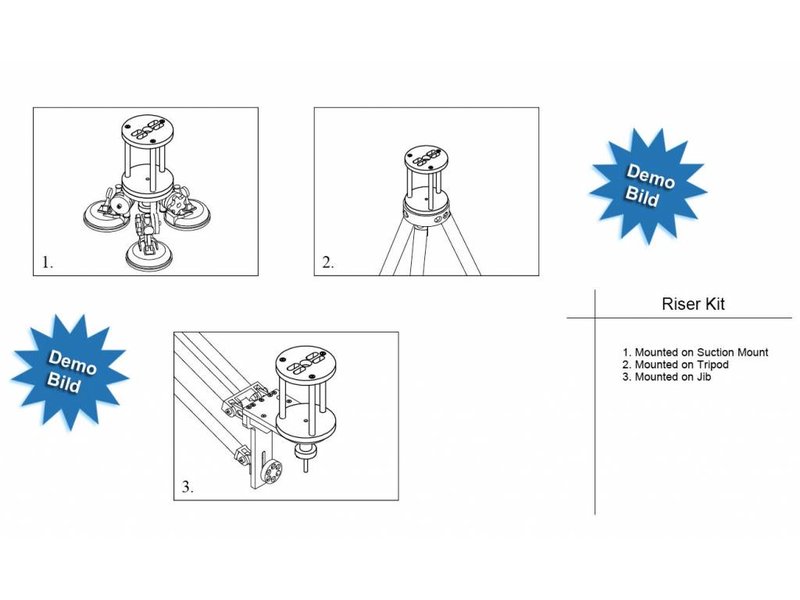 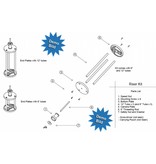 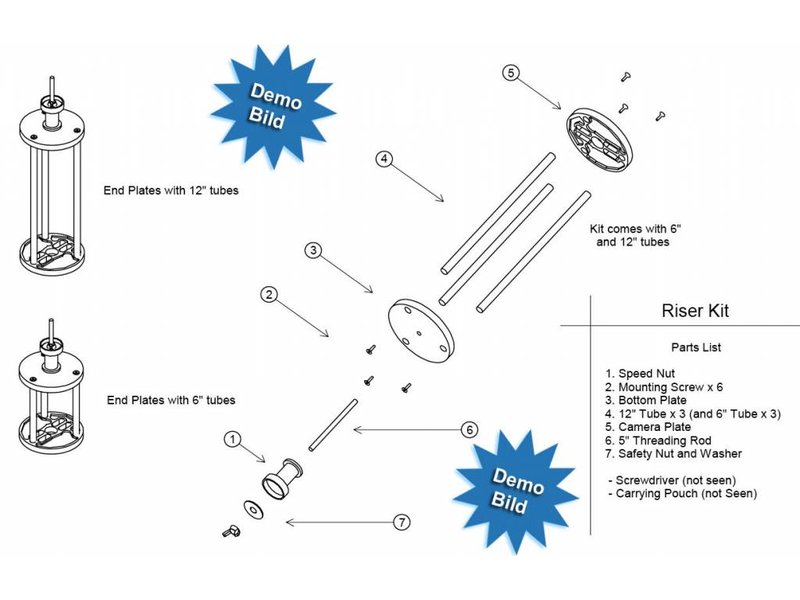 The Cup Adapter Kit will allow a wide range of Pan / Tilt heads to be mounted to the Microdolly Pro Line of Jibs, Dollies and Mounts.

The Kit comes with a 100mm Cup and includes a 75mm and 150mm Cup Insert. It will attach easily to the Hi-Hat, Jib, Standard Tripod or Baby Tripod. It will also attach to any Microdolly Camera Plate Accessory

Made of sturdy structural-grade aircraft aluminum all parts are military-spec hard-anodized for long wear.